Boys in tights – a mum’s perspective

Pantyhose and tights fashion and news

Becky Fuller is one of the many female readers of Hosiery For Men.

Becky is a freelance theatre, film and TV writer, reviewer and editor who lives in the south-west of England. She is a mother of a girl age 11, and boys age six and eight. 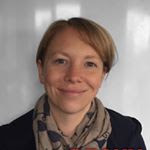 Becky recently asked Hosiery For Men for advice on where to find tights for boys who were older than 36 months. Her youngest son had asked for tights with a unicorn or penguin design but she couldn’t find these anywhere.

In her research of products available, Becky found that for boys up to three years there were many different styles of tights available, but for boys aged four and over there was nothing aimed at them.

Becky has now written a guest post for Hosiery For Men where she reflects on the practicality of tights for boys in cold weather, but also the gendered assumptions made about boys wearing tights that perpetuate stereotypes.

Boys in tights: a mum’s perspective

As I write this, I have all the windows open, bright sunlight streaming in, and I’m in my shorts, so it seems hard to think that winter will soon be upon us, but it will. For my daughter, a lifelong dresses and skirts devotee, that means she will start to pull on her thick, fleecy tights; black ones for school days and then, at the weekend, a whole host of colours, patterns and designs that she will team with boots and dresses, or even some shorts. For my sons, that means they’ll make the transition from shorts, back into trousers.

When both of them were babies, I used to dress them in their sister’s cast off tights. I also once, to my total joy, found tights for boys in Lidl; pale blue with Mickey Mouse all over them. They wore them a lot. Then, once they got to around age three, I stopped putting them in tights, figuring people would think it strange. It took my neighbour, who was raised in Germany, to point out that boys over there wear tights under their trousers all winter, and it made perfect sense to me. 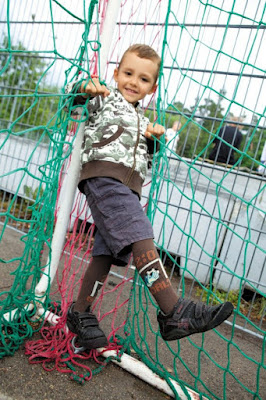 The problem with boys school trousers is that they’re thin. Even when you buy from ‘better quality’ shops, the material used for boys trousers is much thinner than the thick jersey material you get for girls school trousers. You know, the sort that actually keeps their legs warm in winter. When we leave home at 8am on a bitterly cold winter day, the wind bites through to my boys legs and makes them miserable and cold. So, with their consent and regardless of people’s opinons, I put them in tights, pull their trousers on over the top and they’re cosy and warm all day.

Tights sit closer to the skin, therefore creating an extra layer of warmth for our little ones, be they girls, boys, or dinosaurs. For small children who like to sparkle, like my youngest son, tights are a funky, frivolous and fantastic way to brighten up your legs, and they look great under shorts in the winter. In fact, two Christmases ago he got some red shorts and red and white stripy tights to wear under them. He looks like an elf, which is exactly how he wants to look, and he wears them a lot. I also took a trip to Germany last winter and came back with armfuls of tights for him; navy with purple stars, bright blue with orange stripes, red with blue spots….the list goes on. 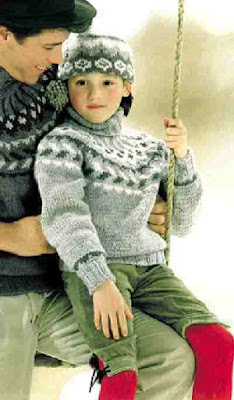 Tights are easier for a lively six-year-old to move around in, too. He can climb trees much more effectively, we’ve found, and when he crawls on the floor (he likes to be a cat), the material is soft on his knees. Tights are practical, and a logical choice when it’s cold, so why is there such a stigma attached when boys wear them?

Well, for very young boys (up to around three years of age) there are some great websites out there that are doing a sterling job in promoting the fact that tights for boys is A-OK. They sell tights with trucks on, tractors, planes, boats, and so on. The designs are bright and appealing, not only to boys but also to girls who might not favour sparkly or floral designs. But age three seems to be about where it ends. Why?

Sportsmen often wear tights under their shorts or training pants in winter. Footballers, rock climbers, hikers, long distance runners all set vanity and social constraints aside in favour of being warm and sensible and of course, male ballerinas practically live in tights and not much else. Why can’t boys be encouraged to wear tights, too? 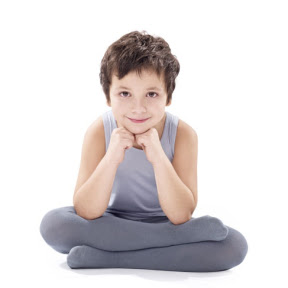 Are tights only for girls?

Tights are not gendered. Indeed, no clothing is gendered if you ask me, but even if we’re following what society sees as the norm, tights really aren’t, or shouldn’t be, something that is inherently male or female. They’re like trousers, but with feet. They come in a variety of colours, sizes, and styles, just like trousers do. They have holes for putting your legs in, and a waistband for pulling them up. Did I miss the memo that says that’s only for girls?

What could be cuter than a little boy in thick corduroy shorts and some woolly tights? Team it with a chunky sweater and some sturdy boots and they’re all set for winter. Pay no attention to what society says; just concentrate on making sure your child is comfortable, warm, and happy.

Boys (and men): wear your tights with pride!

Be confident in your choices, too. When I say my boys wear tights, people look at me like I’m slightly crazy. Okay, that might be the case anyway, but not because they wear tights. My eldest son wears them for purely practical reasons; the aforementioned need to keep himself warm, while my youngest wears them for aesthetics as well as practicality. I have told them both that the choice is theirs and no one else’s, and it doesn’t matter one iota what anyone else thinks. My confidence instils confidence in them in return. No child – or adult for that matter- should be ridiculed for their clothing or lifestyle choices. So boys (and men!) stand tall, keep warm, and rock those tights with pride!

Articles from the Hosiery For Men blog appear exclusively on Mantyhose.net. This article was originally published at http://hosieryformen.blogspot.co.uk.